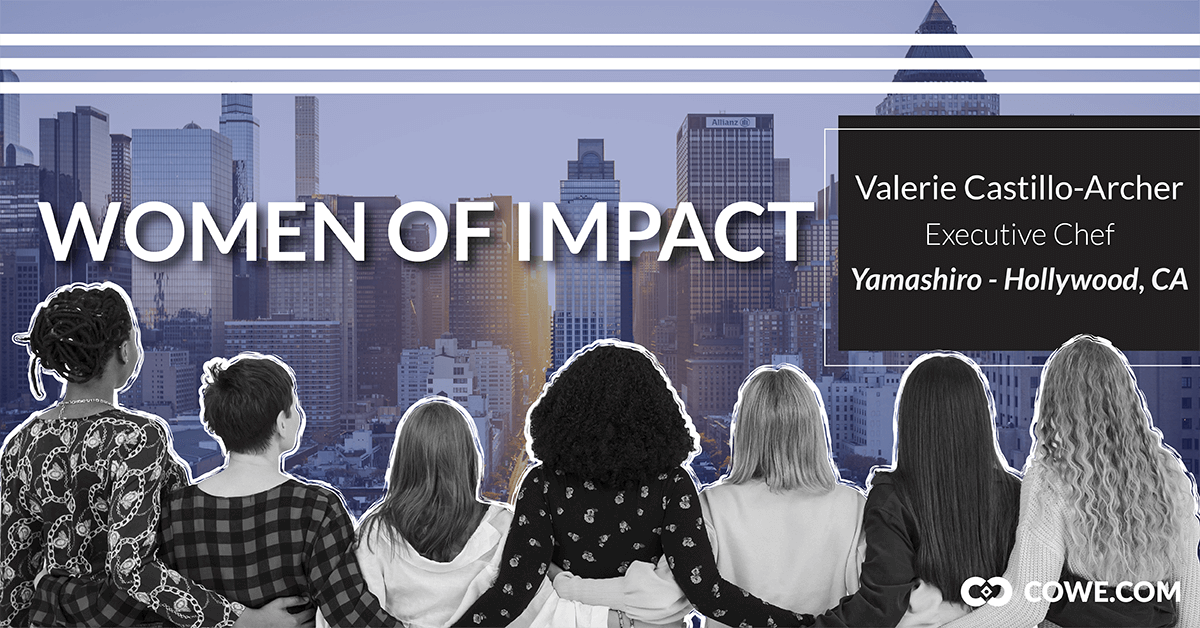 They say the culinary arts speak the language of love.  From the moment she was born, Chef Vallerie Castillo-Archer came into the culinary world.  Quite literally.  She was born in her grandfather’s bakery in the small town of San Nicolas, Ilocos Norte, a northern province in the Philippines.  Her love story with food began there, surrounded by family who was constantly baking or cooking. 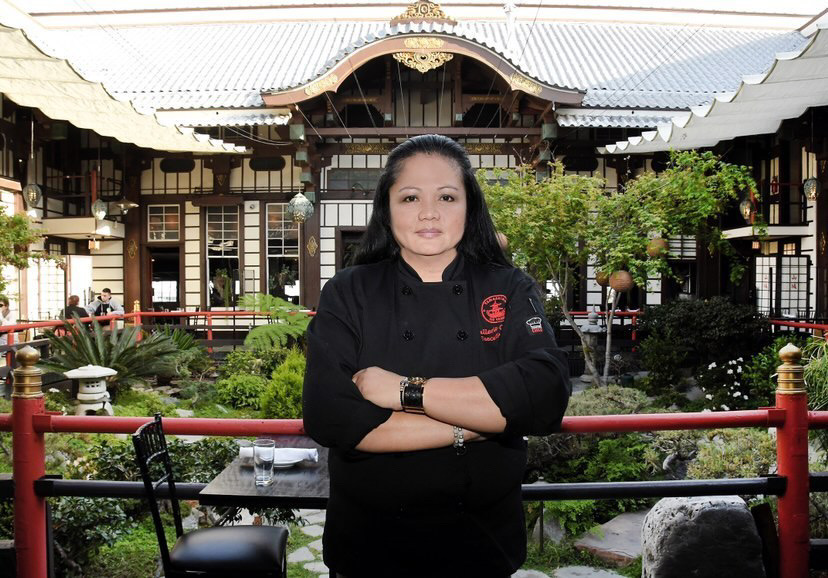 “I was raised in the kitchen, and when my family would play outside, I would be in the kitchen with my grandparents, cooking.  I became a chef because I love the feeling of making food and seeing people’s happiness when they taste it,” shares Chef Vallerie, a self-taught cook who later went to the Academy of Culinary Education to receive her certification in the culinary arts and pastry.  It was more of a formality than anything since cooking and baking is a part of her lineage and upbringing.

Prior to pursuing her dream to be a chef, she trained to be a nurse but didn’t pursue a career as one.   Instead, she started her own catering company, doing a lot of private catering, donating her services to charities, non-profit organizations, and her children’s school.  The former stay-at-home mom used baking to help her then-teenage daughter who was being bullied at school.  Baking macaroons helped her connect with her daughter, helped her get through her trauma. 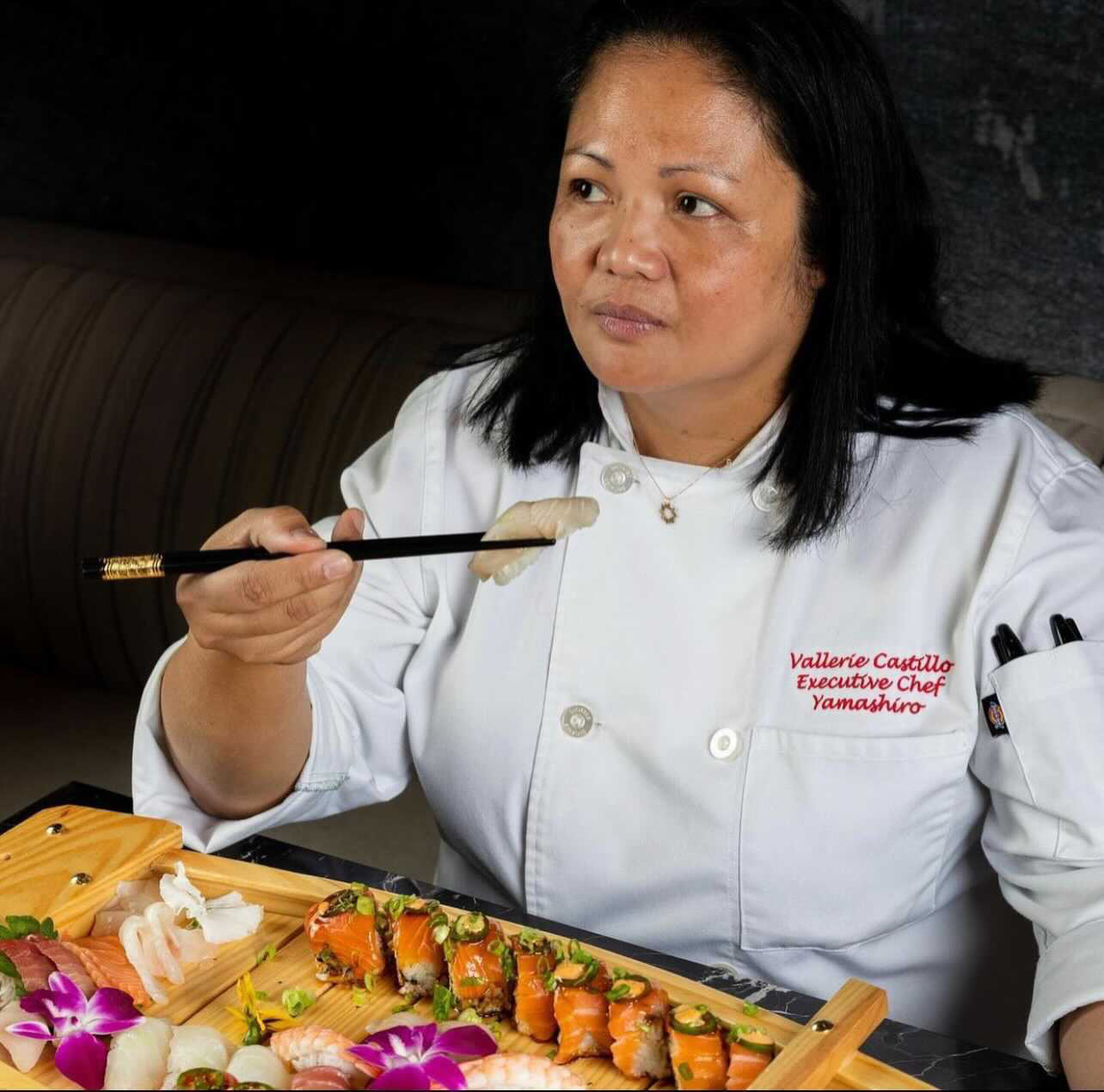 In 2019, she landed her first job as a pastry chef at the iconic Yamashiro in Hollywood, a place that holds a special place in her heart.  “20 years ago, my husband and I came here on our first date to have dessert.  I got hired as an executive pastry chef when I started in September (2019).  I started my relationship here.  I came here on a date for dessert and my husband ordered everything on the menu for me… I’ve never had a spectacular view like this. When I started as a pastry chef, my inspiration was to create something romantic for the guests. When I got hired, it brought back memories of driving up and walking into the beautiful view. I want customers to remember their first experience and to always remember when they came to Yamashiro. I aspire to make their first impression the best impression and a memory that will last a lifetime.”

It was a challenge being an executive chef during the pandemic, even so being the first female Executive Chef in the history of this prestigious restaurant.  “Being a female is the biggest challenge because they look at you as ‘can you cook?’ or ‘are you able to cook?’  Yeah, you can cook at home, but can you cook in THIS kitchen.  It was more of do you have the perseverance to sustain a kitchen.  The biggest challenge is for them to see me as a chef, and not my gender, or that I’m a mom but to have them see I have what it takes to do this,” said Chef Vallerie when asked about the challenges of being an executive chef.

Under her leadership, she added dishes to the menu, reflecting her Filipino heritage.  The Soy-Ginger Pork Rib is an homage to her grandfather’s recipe.  She plans on integrating more of her homeland’s flavors in future dishes as well.

Chef Vallerie Castillo-Archer is an inspiration and a testament of achieving your dreams no matter where you are in life.  Her advice to anyone in pursuit of their dreams: “If this is what you want to do, then follow your dreams.  Believe in yourself and find someone who can mentor you.  Don’t be afraid to speak up and ask questions because you’ll never know until you ask.  Just go for it and give it your all.  Love what you do and the success will follow.” 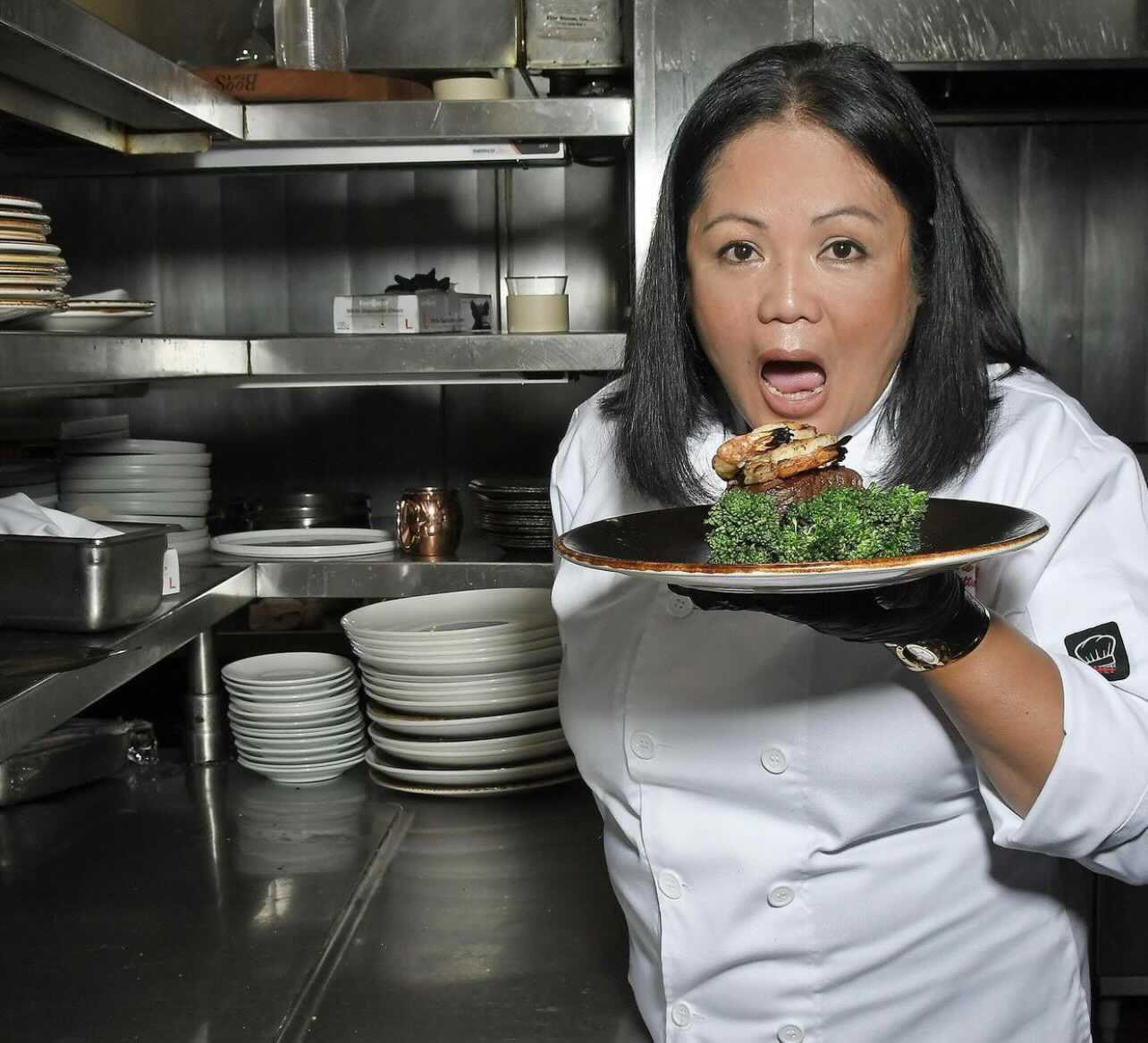