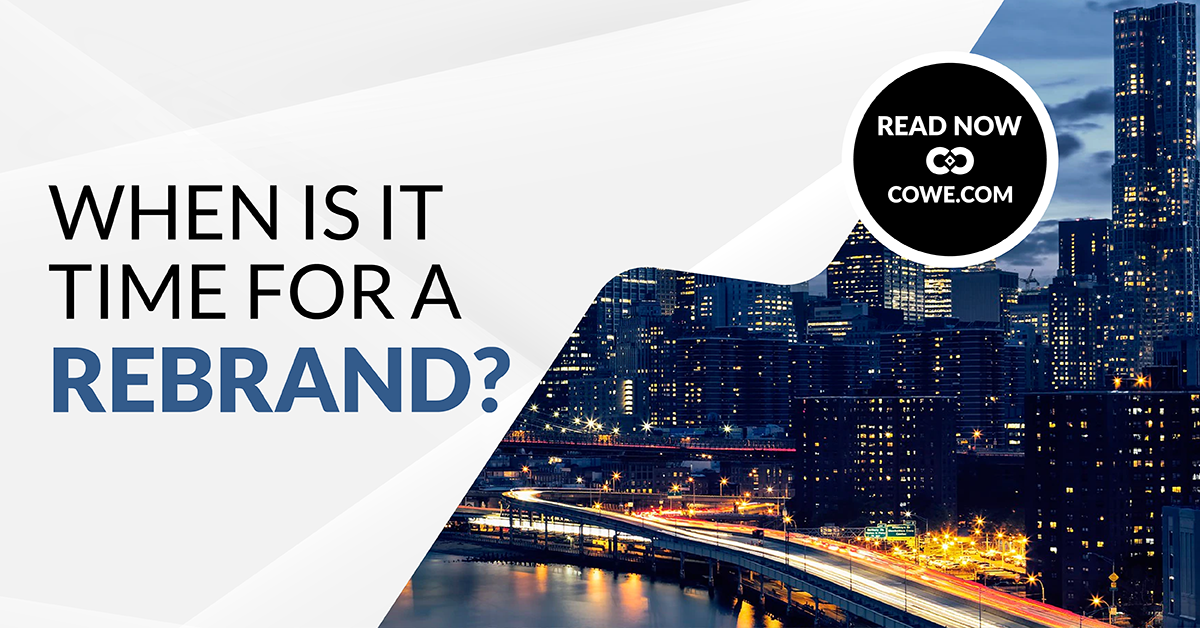 When Is It Time for A Rebrand?

Evolution and reinvention are a part of the human experience.  And, yes, that includes businesses.  In the ever-evolving landscape of consumer needs, social trends, and technological advancements, being relevant and staying relevant is necessary for your business to thrive and succeed in any industry.  Established businesses—especially those who invested strategy, money, and effort building a brand—know that rebranding is a question of when.

Businesses, in order to stay relevant and on top of their competitors, do it all the time.  Legacy businesses like Lego, Tupperware, and Converse recently went through successful rebranding processes, placing their businesses back on the map and into consumers’ radars.

Tupperware struggled with dated perceptions and increased competition.  Their image evoked the Tupperware parties of the olden days, with housewives in aprons and dresses.  It didn’t reflect their reach or their current mission of global female empowerment.  ‘Confidence becomes you’ became the focal point of their rebrand, honoring the company’s storied history while inspiring a move forward towards the future.  Their rebrand strategy sought to inspire, educate, and empower their associates as well as both their current and new audience.

LEGO, the famous toy company nearly 90 years running, met a decline in 2003.  They’re rebrand was so successful that it has been called the most significant turnaround in corporate history.  After seeing the decline in the company, the executives acted quickly, getting rid of what didn’t work for the company and invested in what did work for the company.  They reestablished the brand by utilizing digital channels, adding movies from established franchises, and integrating robotics education.  Their move reengaged audiences of all ages—from the children to their parents.

In the late nineties, Converse started slipping into bankruptcy and cultural irrelevancy.  Nike acquired Converse in 2003, rebranding the once popular line by capitalizing on its popularity within the alternative culture in the early 2000s.  This move enabled the brand to reach an entirely new consumer demographic with a redesign that combined the famous Chuck Taylor look with Nike technology, making the shoe more functional for athleisure.

Given these three examples, rebranding is more than changing your logo.  Rebranding is the process of changing a business’ image and messaging with the end goal of improving the business.  It’s a marketing strategy that redevelops an existing brand with the purpose of reengaging customers and clients, as well as making it more relevant to a new audience.  It takes many forms—from renaming your business to adapting a more modern business model.

Rebranding often happens when your business sales and performance flatlines, or worse, goes into a decline.  Some, as in the case of our previous examples, are motivated by the threat of bankruptcy, poor market performance, and falling behind in their respective industries.  Other reasons include a disconnect between your image and your business’ mission and vision, as well as an unresponsive audience.  Rebranding may also be triggered by shift in social trends.  Sometimes, it’s also as simple as losing that loving feeling…for your brand, that is.