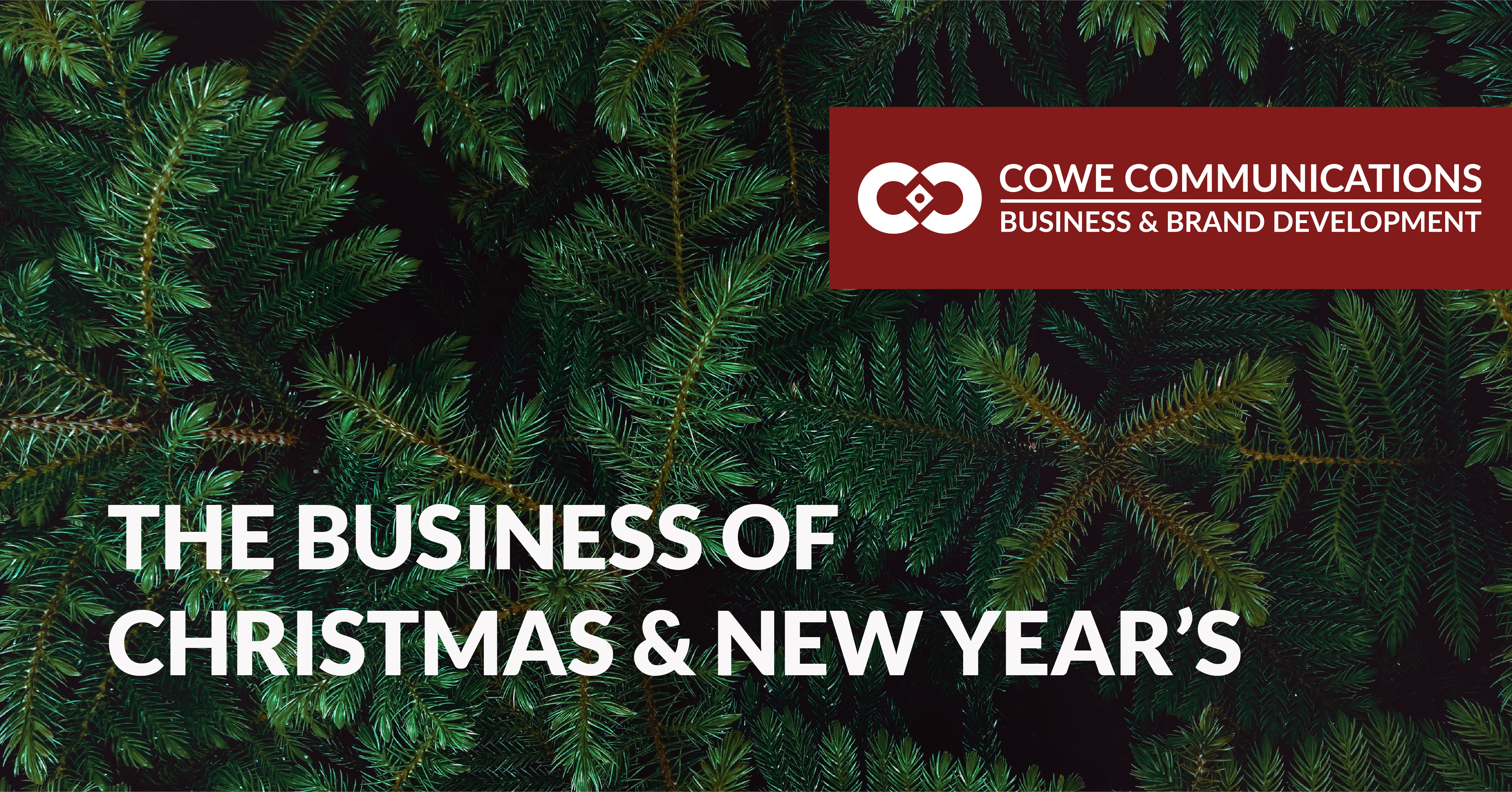 The Business of Christmas and New Year’s

Christmas trees, stockings hung on the fireplace, houses covered in lights and festive décor, Hallmark holiday movies, and sappy cheerful songs all over the radio—yes, my friends, Christmas is here.  There is a feeling of joy and nostalgia in the air and the holiday glow is real.

Marketing played (and plays) an influential role in the images, myths, and traditions of Christmas.  It may come as a surprise, but Americans did not celebrate Christmas until the mid-nineteenth century.  The rise of industrialization and urbanization caused a yearning for simpler times by establishing family traditions as a refuge from the developing industrial world.  Americans turned to old-world European Christmas traditions, and Catholic and Episcopalian churches to see how they should celebrate the day to bring their families together.  The tradition of Christmas trees was adapted from the Germans and the Santa Claus tradition from the Dutch.  Americans started building Christmas traditions all their own, integrating practices and other customs which included gift giving, tree decorating, and stockings.

Stories and ads from penny press and women’s home magazines contributed to the widespread popularity of the Christmas lore.  One of the most widely read magazines of the era, Godey’s Lady’s Book, popularized the Christmas tree with an of Queen Victoria and her family gathered around one.  Since then, Christmas trees have been a staple in every Christmas décor.

Businesses and entrepreneurs also shaped Christmas traditions.  As the popularity of department stores rose in 1875, they saw Christmas as an opportunity to promote gift giving.  They began decorating their stores for the holiday and used creative marketing strategies to draw in shoppers.  Department store holiday displays are responsible for much of the aesthetics related to Christmas—one that remains popular to this day is Macy’s window displays.  German printer and father of the American Christmas card, Loius Prang created Christmas cards to market his newly invented color printing technology while department store owner F.W. Woolworth popularized the classic sphere-shaped ornaments by mass producing them in Germany and selling them for a bargain price.

The 1822 poem, A Visit from St. Nicholas (now known as The Night Before Christmas) popularized the Dutch tradition of Santa Claus in America.  However, there wasn’t a consensus on what Santa looked like.  Department stores and magazines helped solve that problem.

In 1841, Santa Claus made his debut at a department store in Philadelphia.  The owner, James Parkinson, hired a man to dress up as Kris Kringle and climbed down the chimney of his store as part of a marketing effort to draw children to the store.  This debut led to the trend of stores providing opportunities to see “Santa” in real life.  In 1862, Macy’s was the first to have Santa inside an actual store.

Santa’s image has evolved over the years—from the Victorian magazines depicting him as “a small elf-like figure” to the jolly old man with a white beard and a red coat.  The marketing efforts of Coca-Cola cemented the image of Santa for generations to come.  Santa has been featured in Coke ads since the 1920s but didn’t really become a staple of their holiday marketing until 1931, when illustrator Haddon Sundblom stepped in to create an image of a wholesome Santa, basing it on the jolly figure described in The Night Before Christmas. Since then, the image has been immortalized as one of the most iconic images of the holiday spirit.

There’s no denying it.  Branding, marketing, and storytelling heavily influenced the history and narrative of Christmas in America.  Even today, brands and businesses continue to pull at our hearts’ strings and capitalize on the emotions and traditions of the holiday, creating opportunities to be a part of the still-evolving Christmas culture.

By contrast, the celebration of New Year’s is an ancient ritual dating back some 4,000 years to ancient Babylon. The origin of January 1 marking the new year dates back to 46 B.C when the Julian calendar was developed by the Romans.  Today, New Year’s Eve celebrations are defined by staying up past midnight, fireworks, and, of course, watching the famous Ball drop at Time Square.  Did you know that the first drop was on New Year’s Eve 1907?

New Year’s resolutions are a great way for brands and businesses to position themselves with their audience and consumers as the holiday season winds down and transitions back to business as usual—until the next year.

For ideas on business resolutions, check out the End of The Year playbook on our website.