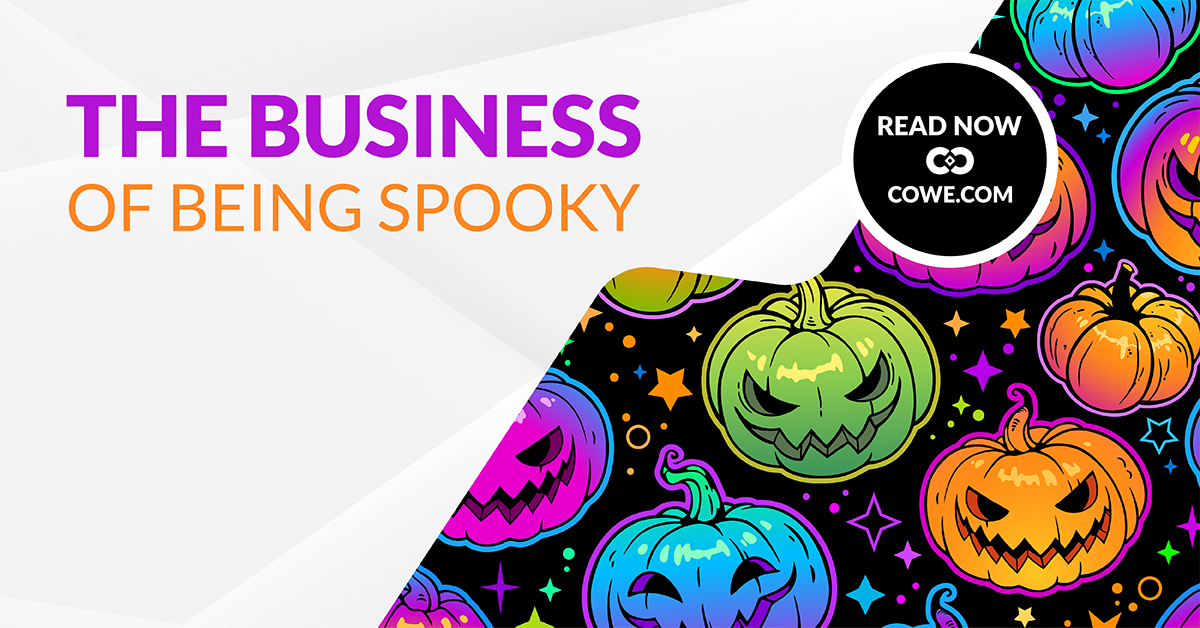 The Business of Being Spooky

With origins rooted in the ancient Celtic festival of Samhain, a pagan holiday celebrating the beginning of winter, Halloween is one of the most celebrated global holidays and is the second biggest retail holiday in the U.S. after Christmas.  After all, it is not just a holiday for kids.  Adults spend a significant amount on candy, home decorations, their own costumes, and even dressing up their pets.

According to Investopedia, “in 2021, a record amount of Halloween cash was raked into businesses with customers spending more than $10 billion, $3 billion of that on Halloween candy and $3.32 billion on costumes.  This year, they predict participation in Halloween activities will return to pre-pandemic levels, possibly leading to an increase in last year’s total expenditure.

What makes Halloween such a profitable holiday?  Halloween is not tied to any religion, religious group, or demographic.  It is simply a holiday enjoyed and celebrated across the country for its own sake.  The celebration itself is associated with purchasing goods such as candy, costumes, decorations, etc.  Finally, Halloween is centered on children and families.  Every year, as children grow up, there will always be the demand for bigger costumes, and of course, new candy.

With the profitability—and, of course fun—of Halloween, it is no wonder that businesses invest and capitalize on marketing for this holiday.  The recent years showed creative marketing ideas from some leading brands.

In 2017, Burger King ran a brilliant #ScaryClownNight campaign, offering a free whopper to the first 500 customers who visited selected locations dressed as a clown.  Their slogan, “Come as a clown, eat as king.”  Of course, the campaign cleverly trolled their rival McDonald’s and its former mascot.  The establishment saw a spike in sales after that campaign.

After an 11-year hiatus from Halloween, chocolate giant M&Ms returned to the scene with a ghost-themed tv ad in 2018 featuring Yellow and Red escaping a Halloween themed party unscathed.  Or so we thought.  After their escape, Yellow realizes that he’s actually a ghost.  The tv ad placed M&M back on the radar.

In a bid to increase sales in 2017, Krispy Kreme announced they were giving away free doughnuts on Halloween.  To receive their #TreatCred promotion, customers just needed to go to a participating Krispy Kreme location wearing a costume.  The simplicity of the promotion drew in new customers and made them aware of the doughnut brand.

In 2021, even Nike joined the Halloween marketing bandwagon.  They released a new shoe especially for the season—a Nike Dunk Low style in black, cream and orange with a glow in the dark overlay.  The shoe sold itself with the design and the subtle Halloween nod.

Launching a successful Halloween campaign involves identifying which elements of your business or brand align with the holiday.  Retailers such as Target, Party City, or any number of candy companies are better positioned to create an effective marketing campaign.  However, any business can join in as well and many have–from alcohol beverages to dental companies like Colgate.

Some simple strategies can include the use of puns for marketing campaigns, and even changing the look of your online store or presence to reflect a Halloween theme.  You can even hold contests, giveaways, or create specialized items from your line of services you offer to attract new clients.  For example, as a graphic design company, you can offer to “crank up the voltage” on a client’s logo at a “price so low, it’s eerie.”