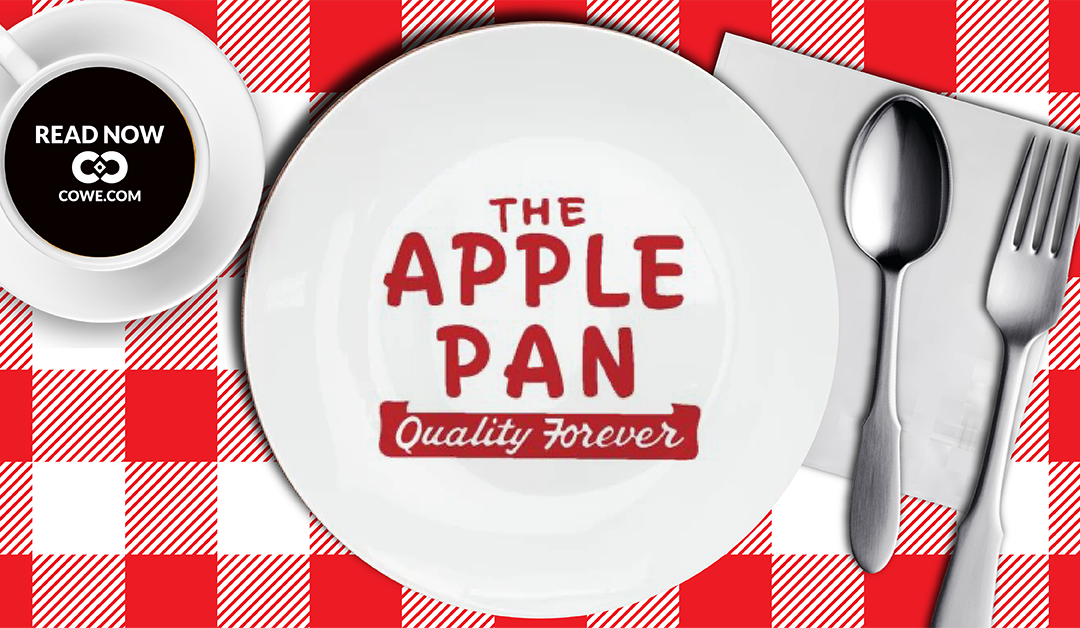 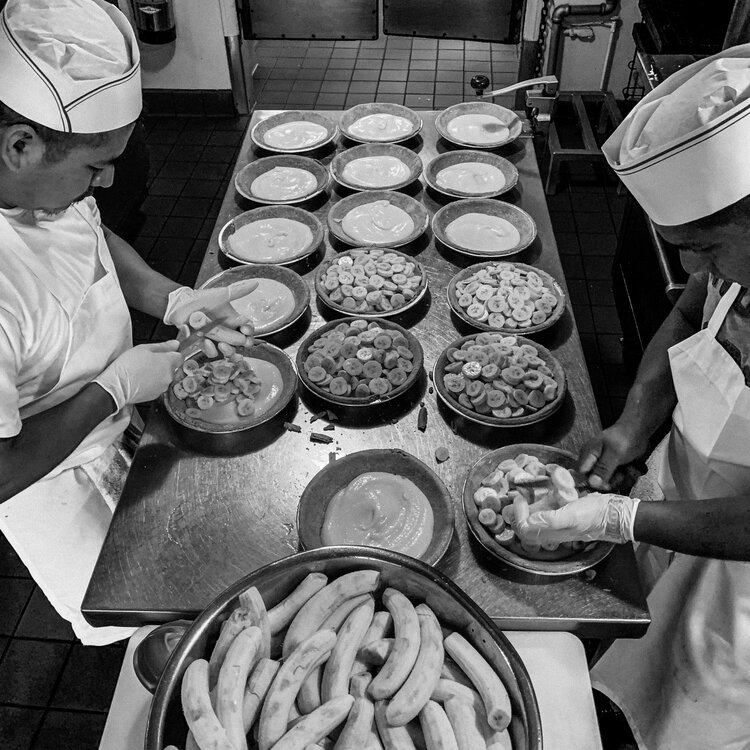 Photo by The Apple Pan
The late Jonathan Gold, the famous Los Angeles Times food critic, once wrote in one of his columns, “When you are seeking greatness, turn to the Apple Pan, a homey 1940s institution imitated everywhere from Duluth, Minn., to Baharain.” Perhaps one of the Los Angeles’ oldest still operating restaurants, The Apple Pan, founded by Ellen and Alan Baker opened its doors in 1947.  It is famous for its hamburgers, apple pies served with vanilla ice cream and banana cream pie.  Because of its popularity, Johnny Rockets founder, Ronn Teitlebaum used the restaurant as a template for his successful 1950s-themed franchise: small menu, and an open counter seating where customers can see hamburgers being grilled-to-order.
The Apple Pan was run and operated by the same family until 2019, when third generation owner Sunny Sherman, granddaughter of Apple Pan founders, sold the restaurant to long time customer and entertainment mogul, Irving Azoff and his wife, Shelli, who vowed to preserve its legacy while making some changes.  A couple of the changes included accepting credit cards after decades of being a cash only establishment and offering delivery in 2020 for the first time in its 73-year history brought on by the pandemic. Before selling the business, Sunny shared in an interview with LAist, “I have certain criteria.  I wanted people that hopefully were longtime customers, which I found.  People that knew how to run a business and were successful in doing that, I found.  People that wanted to keep our employees, that I found.  People that didn’t have to make this a big business to survive, to get their money back right away.  And people who don’t want to change it.  And I got all that.  All those points I was able to find in one group of people.” Interesting fact about the Apple Pan:  the exterior of this iconic restaurant was used in Beverly Hills 90210 as the establishing shot for the fictional Peach Pit.  Executive producer Charles Rosin wanted to use the name of The Apple Pan but was unable to do so at that time. If you have not made your way to The Apple Pan, now is as good a time as any.  There’s something about sitting in that u-shaped counter that seems to bring you back in time.  The Hickory Burger, a crowd favorite, and one of the original items on the menu, is a definite must try, along with the side of their fries.  Make room for dessert and try one of their freshly made pies.  The fresh apple pie and the banana cream pie are the ones (highly) recommended by longtime customers and new customers alike.  Whatever you order, you will not have a bad meal at this establishment.  They take their motto seriously:  “Quality Forever”.