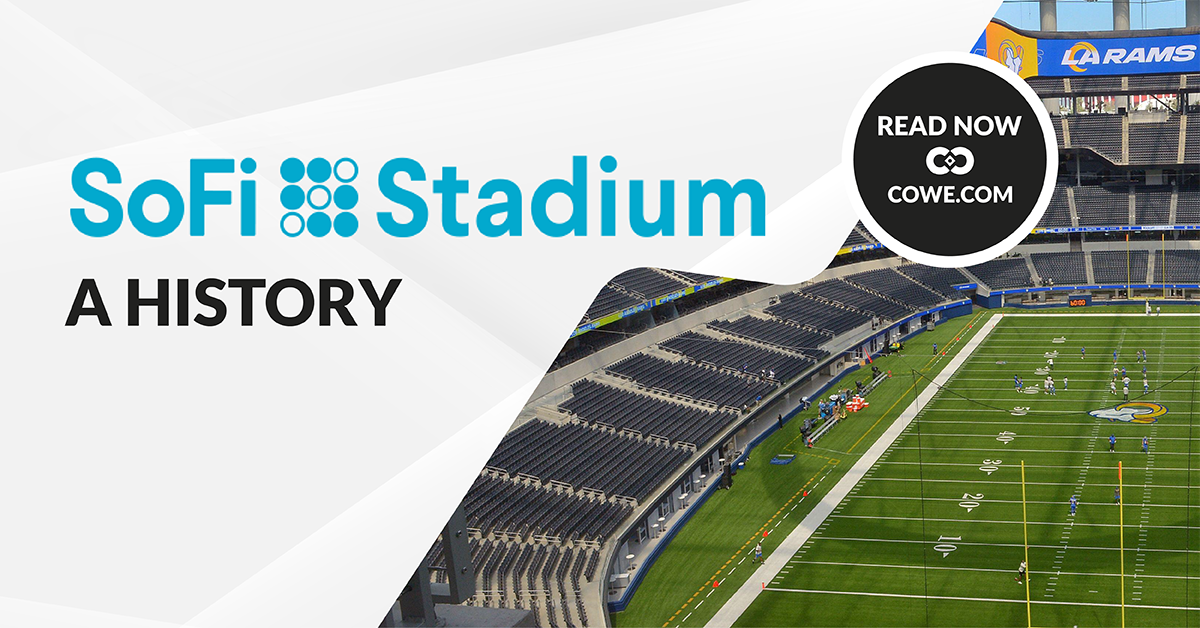 This Sunday, February 13, 2022, the SoFi Stadium hosts Super Bowl LVI, where the LA Rams face off against the Cincinnati Bengals!  This marks the first time these two teams will meet for the championship, making the Sofi Stadium a fitting battleground since this is also its first time hosting a Super Bowl.

Located at the former Hollywood Park Race track–three miles away from the Los Angeles International Airport (LAX) and about a stone’s throw away from the Forum, the SoFi stadium is home to not just one NFL team, but two:  Los Angeles Rams and Los Angeles Chargers, making it the fourth stadium since the 1970 AFL-NFL merger to share two NFL teams in one location.

The history of the SoFi stadium goes back a couple of years prior to its opening in September 2020.  The stadium site, formerly known as the Betfair Hollywood Park, was a thoroughbred racecourse from 1938 until it was closed in December 2013.  Demolition of the entire site was completed in 2016 after the Hollywood Park and Casino moved to its new location.

It might come as a surprise to some but the SoFi stadium was not the first stadium proposed for this site.  It was almost the home of the LA Raiders.  After the departure of the Rams for St. Louis in May 1995, the NFL team owners approved a resolution to build a $200 million privately funded stadium for the Raiders.  Former Raiders owner, Al Davis refused the deal because it stipulated accepting a second team at the proposed stadium.

In the mid-2000s, the site’s former Hollywood Park owners gave up on the dream of having an NFL stadium, selling it with proposed plans to build a Walmart SuperCenter waiting in the wings. 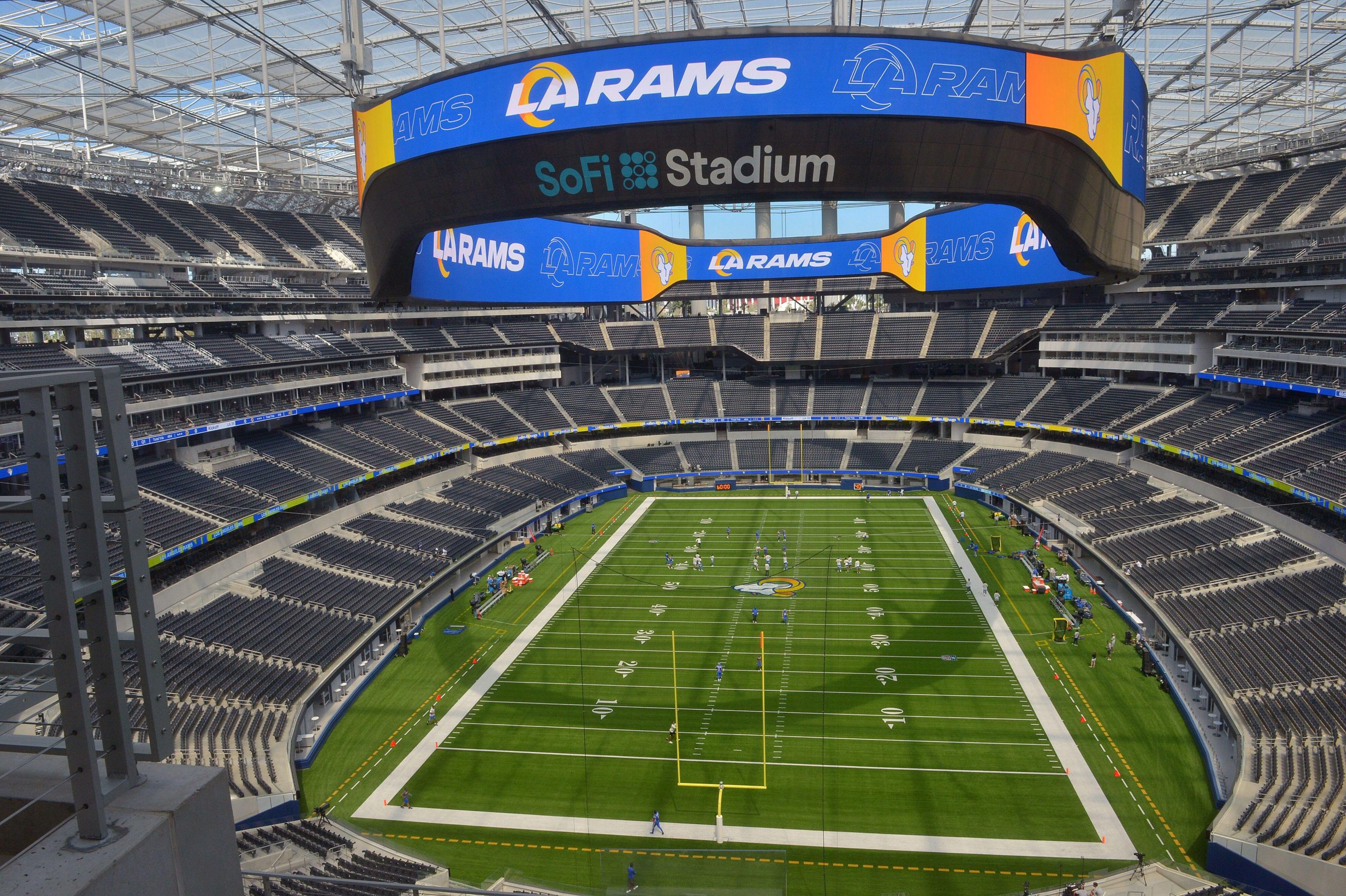 Speculation about the site reignited on January 31, 2014, when the Los Angeles Times reported Stan Kroenke, owner of the St. Louis Rams, purchased a parcel of land just north of the Hollywood Park; the same site researched by the NFL for the 1995 Raiders proposal.  For over a year, Kroenke maintained radio silence, adding more fuel and rumors to the fate of the site.

Finally, on January 5, 2015, the Stockbridge Capital Group, owners of the Hollywood Park Land Company, announced its partnership with Kroenke Sports and Entertainment to build a multi-purpose 7,240-seat stadium designed for the NFL, along with a 6,000-seat performing arts venue attached to it.  Said project was in direct competition with a rival proposal from the Oakland Raiders and the San Diego Chargers to build a stadium in Carson if they move to Los Angeles.
In January 12, 2016, the NFL approved the Inglewood proposal as well as the Rams’ return back to Los Angeles after their move to St. Louis over two decades ago.  In a ceremony attended by NFL Commissioner Roger Goodell and Rams’ owner Stan Kreonke, the groundbreaking construction at the stadium site was held on November 17, 2016.  Due to a bevy of obstacles and clearance challenges from the FAA, the projected completion of the stadium was moved from 2019 to 2020.

The official ribbon-cutting ceremony was hosted on September 8, 2020, before its first NFL event on September 13th, with the Rams hosting the Dallas Cowboys in the first Sunday night game of the season.

A year later on September 12, 2021, the stadium hosted its first NFL regular-season game with fans in attendance to watch the LA Rams play against the Chicago Bears.