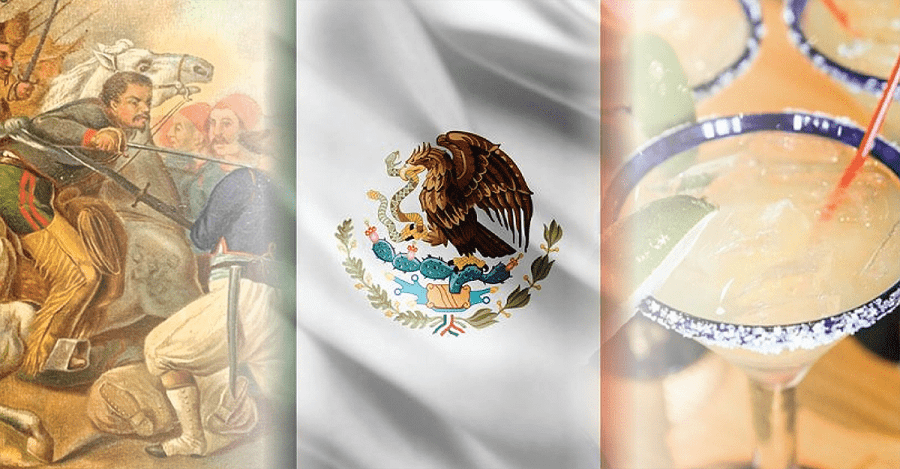 Everybody loves an underdog, and whether your Latinx coworker has explained it to you or you took it upon yourself to find out, that is the premise behind what is commonly known as Cinco De Mayo. First though, let’s quickly clear up a common misconception: Cinco De Mayo is not Mexican Independence Day (That’s on September 15. We got you).

Moving on, Cinco De Mayo has transcended its existence as simply a Mexican holiday (which, importantly, is something not actually celebrated in Mexico). Cinco De Mayo is a celebration of Mexican American people, of Mexican culture, of a deep love of food and drink but, above all, it is the celebration of a relentless (and timeless) ability to succeed, even when all the odds are stacked against you.

Here is a little rundown… The year was 1862. The French wanted the Mexican land for themselves and they were determined to make it their own. An ill-equipped, Mexican army had formed, comprised of mostly farmers and indigenous people. When added up, there were close to a few thousand homegrown soldiers intent on going into battle against the French Army in the town of Puebla.

At that time, the French Army had gone undefeated for the last 50 years. Their army was twice, if not thrice, as large as the Mexican Army. The French were armed to the teeth and they were led by a distinguished General who had been given a formal military education since age 16.

To put it bluntly – the playing field, or battlefield if you will, was outrageously unequal.

What was the outcome you ask? Well, Spoiler alert – We aren’t celebrating ‘La commémoration du 5 Mai’ now, are we?

Cinco De Mayo, with all its words and letters, is a celebration of beating the odds. It is a moment of recognition to those who were committed and painfully persistent. It is a lesson for those who are passionate and irrepressible. That brave Mexican army showed us that even when you are faced with a problem three times your size, and even when they are trained to outright destroy everything in their path, you can beat the odds. Attitude is everything under those kinds of circumstances. Truth be told, when you go into battle with your head held high and an ‘I will die before I let you win’ attitude, you will actually win no matter what.

May we all live and lead like that Mexican army. May we all practice that when you have everything to lose and it is obvious how overwhelmingly destructive the obstacle before you is, you do NOT back down.

The Mexican army proved that winning does not always come down to a large number of participants or even having the deadliest of weapons. Winning is about character, attitude and an undying persistence. In any conflict, it is important to be aware of where you stand. And even then, sometimes you just need to move hard and fast. The Mexican Army took up arms knowing that they were at a disadvantage. Not only did that knowledge not stop them, but it made them realize that this battle was it. They were running into a life or death situation where the odds were mostly stacked on the death part. Yet, they came out victorious and suffered fewer casualties than the French Army.

Apply it to Business

As for you and your business, this is a reminder to always be aware of your limits and capabilities. However, should you confront your own personal French Army, do not be afraid to march forward! Whether that manifests itself as a new project, a new partner, an out of the blue strategy or an awkward conversation, all the more reason to keep fighting for what you believe in. If it worked for the Mexican Army, it’s going to work for you.

Look, absolutely enjoy your chips and salsa washed down with an ice cold Cadillac Margarita.  Consume countless delicious food truck tacos and pico de gallo, but most importantly, commemorate the underdog and celebrate beating the odds because let’s face it… the underdogs work harder for that victory than the favorites ever will and we know all about that.

(P.S.: Please forego the sombreros, zarapes, and mustaches, we will appreciate it.)