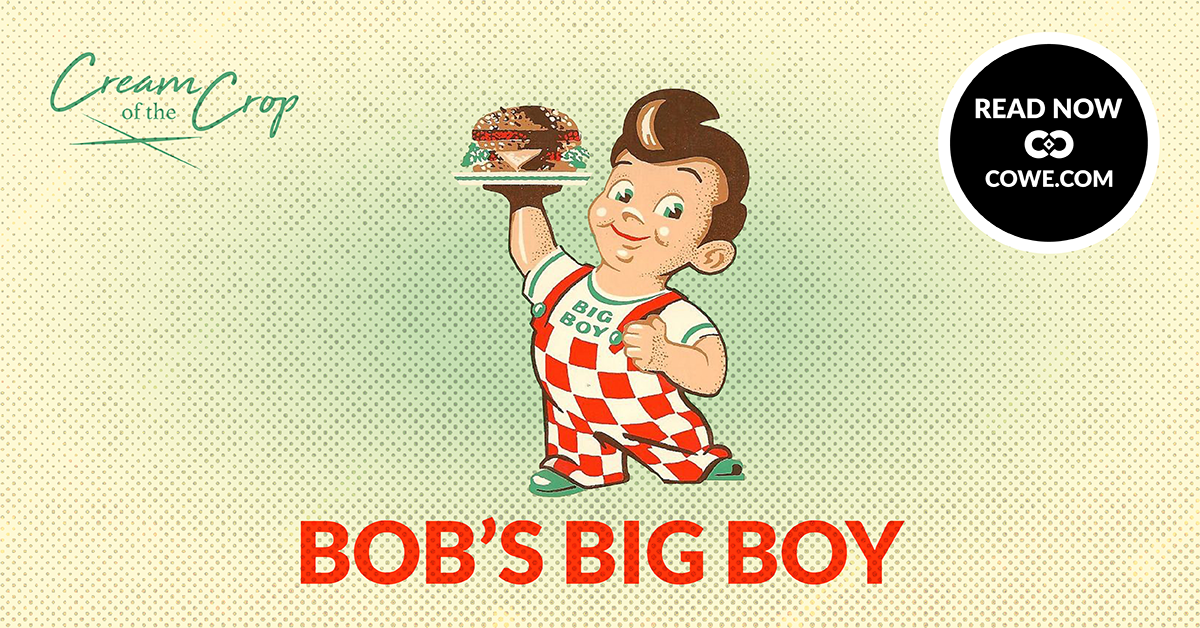 The Big Boy Story finds its origins in 1936 when founder Bob Wian, quit his job at the Rite Spot (his favorite restaurant located in Glendale, CA), sold his 1933 DeSoto Roadster, and put a down payment on a 10-stool hamburger stand called The Pantry.  After cleaning up his new purchase and borrowing $50 from his father for meat and supplies, Wian reopened the establishment as Bob’s Pantry.  A special double decker hamburger created as a joke for a customer who wanted something different became his signature sandwich.

The current restaurant’s name and mascot came from Richard Woodruff, a portly youngster who exchanged chores for free burgers from Wian.  One day, Wian forgot Richard’s name and yelled out, “Hey, Big Boy”.  From then on, his restaurant as well as his signature sandwich was called Bob’s Big Boy.

In 1949, local residents Scott MacDonald and Ward Albert built the Bob’s Big Boy restaurant located at 4211 Riverside Drive in Burbank, CA.  The establishment was designed by Wayne McAllister, a Los Angeles-based architect, known for his Googie style of architecture, a futuristic style originated in Southern California and influenced by car culture and the Space Age.  His design featured expansive roof overhangs with 1950s “free-form” style of cantilevered roofs, curving window facades, and prominent display signs.  The restaurant’s circular drive-through design was credited as one of his creations.  This location, also known as Bob’s #6, is the oldest remaining Bob’s Big Boy in the United States.

Celebrities such as Bob Hope, Mickey Rooney, Jay Leno, Debbie Reynolds, and Jonathan Winters were once regulars.  During their 1965 tour, the Beatles dined at this location.  A plaque marking “the Beatles Booth” commemorated the event.  However, it was stolen multiple times by fans and was being replaced each time.

In 1993, the restaurant was designated as a California Point of Historical Interest.  In the same year, renovations were made to the tower sign and the dinning room.  An outdoor dining area was added.  The drive in where car hops bought food to the car, now transformed into a drive-thru window.

Every Friday from 4pm to 10pm, Bob’s Big Boy Burbank hosts a Classic Car Show, as a call back to the historical 50s and the history of the establishment.