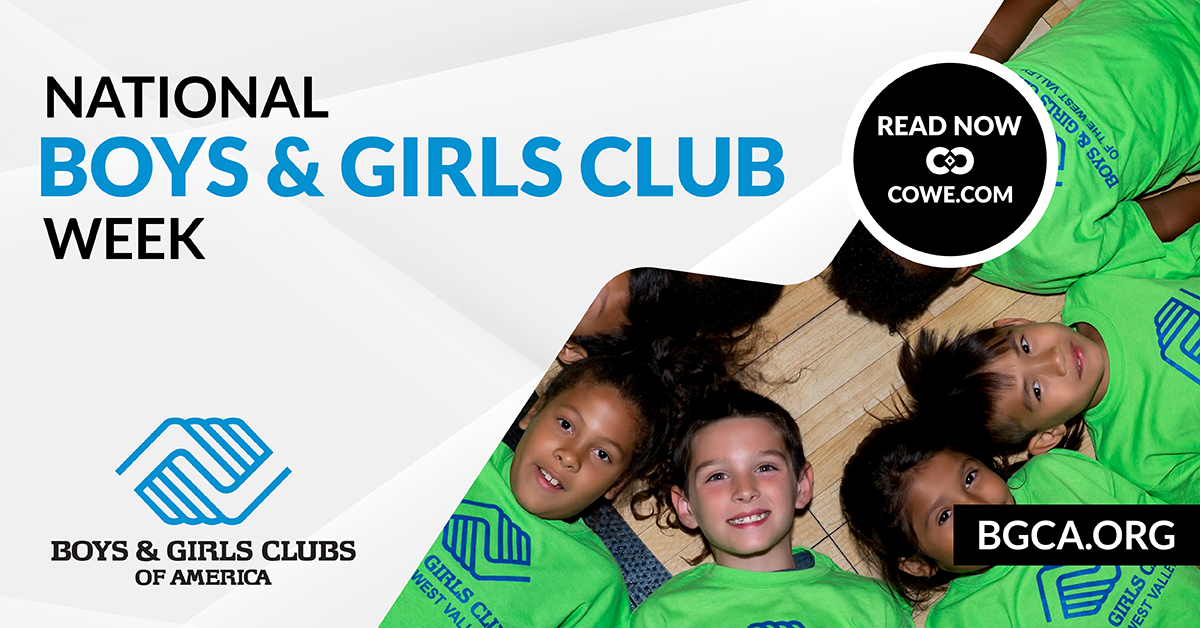 The Boys & Girls Clubs of America, founded in 1860 by Mary Goodwin, Alice Goodwin, and Elizabeth Hammersley in Hartford, Connecticut, organized the first Club for the boys who roamed the streets of their neighborhood.  They believed that there was a positive alternative, giving the boys an opportunity for character development despite of their circumstances.  They focused on “capturing the boys’ interest, improving their behavior, and increasing their personal expectations and goals.”

When several Boys Clubs decided to affiliate in 1906, the Federated Boys Clubs in Boston, formed with 53 member organizations, laid the foundation for this national organization.  In 1931, the Boys Club Federation of America became Boys Club of America.  They celebrated their 50th anniversary in 1956, receiving a U.S. Congressional Charter.  To include and recognize that girls are part of the cause, the organization changed to Boys and Girls Club of America in 1990.  Congress amended and renewed their charter to suit the name change.

Today, the Boys and Girls Club of America continues in their mission “to enable all young people, especially those who need us most, to reach their full potential as productive, caring, responsible citizens.”  Because of organization’s commitment to ensure the success of every young person who walks through their doors, 97% of Club teens expect to graduate from high school and 88% expect to complete post-secondary education, according to BGCA youth outcome data.

National Boys and Girls Club Week (June 25th through July 1st), celebrated since 1941, recognizes the invaluable services and programs the organization brings to their communities.  It honors the commitment and the hard work of each staff member, paving the way for the endless possibilities for a better future for each child who joins their programs.  The theme of this year’s celebration is #WhateverItTakes.

During this week, we celebrate our local Boys and Girls Club—The Boys and Girls Club of the West Valley.  Founded in 1992 by community leaders responding to “the need for safe, affordable, educational, and productive activities for at-risk youth during non-school hours.”  The Club utilized local schools for program space during the first decade of operations.  In 2004, the Club was able to purchase its own through years of fundraising, grant assistance from the state, and assistance from a local business leader, Rickey Gelb.

Today, under the dedicated leadership of President and CEO Geovanny Ragsdale, Chief Program Officer Liliana Lozano, and Chief Philanthropy Officer Kelly Ventimiglia, the Club serves more than 800 children daily throughout their locations.  The West Valley Club relies on the support of its own local community to ensure that their programs and services are available to those who need them.  Their community programming includes Youth Programs, Summer/Winter Camps, Teen Programs, and a Future Ready Program.

Visit their website and find out how you can help our local Boys and Girls Club of the West Valley.

Need a networking cheat sheet? 📝 We got you cov

🤔 Whether you are ready to revamp your brand or

Now is the ⏰ time, more than ever, to focus on l

It is no joke 😂 this weeks Woman of Impact is l

Did you catch our special birthday edition of The