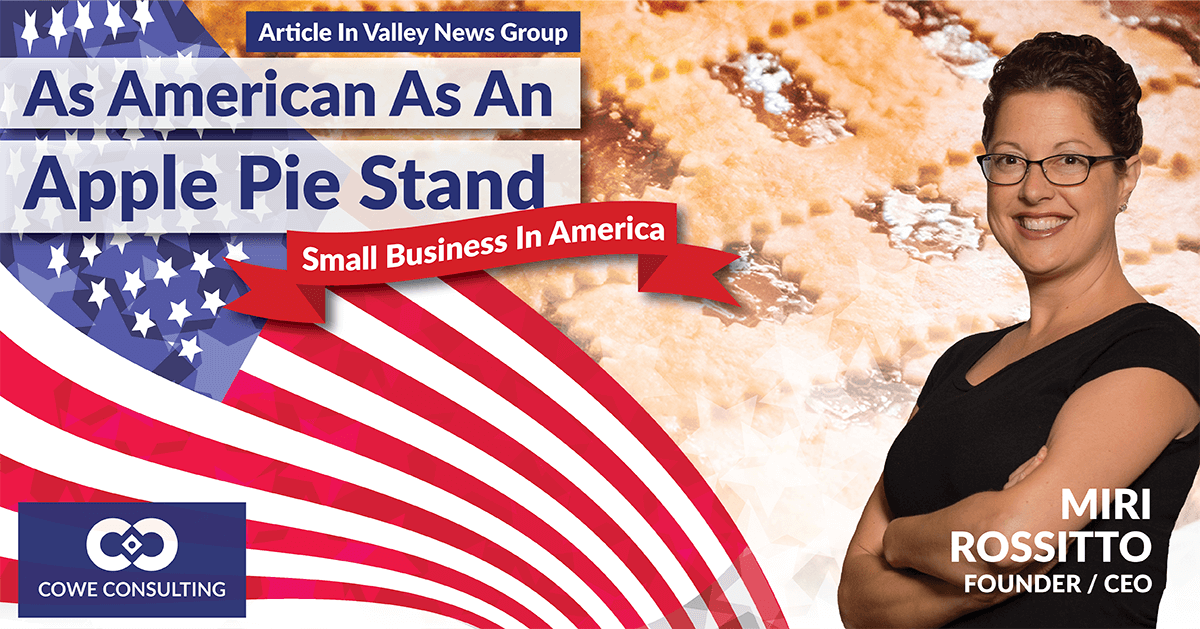 As American as an Apple Pie Stand

Oh, what a time to be alive. 2020 has had no chill from the very beginning and I am fairly certain that the rest of this year has zero intention of slowing down or quelling any more curveballs. From the tragic helicopter crash that took the lives of Kobe and Gianna Bryant as well as the lives of seven others to an impeachment trial and subsequent acquittal of our President, the postponement of the Olympics and a global freaking pandemic, I can’t believe we aren’t drinking more! (Kidding – we are. The week ending May 2nd saw the strongest growth rate for alcohol at an overall increase of 25.5%.) These last six months have been a consistent kick in the shins, but I truly believe that we have an opportunity to grow better and stronger from these experiences. I mean, isn’t that the American way? To push forward through uncertainty, catastrophe, and conflict? Heck yes it is!!

Right now, millions of American small businesses are breathing their last breaths. This incredible community of earnest, honest and hard-working women and men, stretching from Adak, Alaska to Lubec, Maine, are simply being wiped off the map. It is unacceptable and heartbreaking and yet – there are some pretty spectacular Americans working around the clock to prevent the slaughter of U.S. small businesses. Here are a few:

Fae Gershenson, owner of Happily Ever Laughter, knew that she had to quickly pivot her children’s entertainment company of 14 years or it wasn’t going to survive the pandemic. Fae brainstormed with her creative director and from those conversations, a new business model emerged. In lieu of her beautiful fairies going out to entertain at fabulous parties all over California, instead the parties would come to the fairies! Not only would these stunningly costumed entertainers put on the most delightful online playdates, but they also get the parents in on the action too by hiding a treasure in the house and thus creating an interactive experience. Genius!

Seven-year-old twins, Kamari and Kamera, decided to pursue every American kid’s entrepreneurial dream and they opened a lemonade stand. Sadly, an aggressive stranger questioned these two lovely little ladies as to whether they had a license to sell their delicious lemonade (insert eye roll here). Well their father, wanting to be the best example for his daughters, went and obtained said permit and do you know what happened? People came from all over the county to buy themselves a cool glass of “twin-monade”! The line can last up to an hour!! Happily, this family found the sweet in the sour.

Barry Alexander is nothing short of a hero. As an experienced airplane pilot, Mr. Alexander has been flying critically sick patients and much needed supplies from the United States to the Caribbean via his air ambulance service. When COVID-19 happened, what did Mr. Alexander do to make the world a better place? He started a brand-new business where he could offer drone pilot training. This lucrative skill would give so many men and women the ability to learn and capitalize on a new talent while then providing other industries with professionally trained experts. These jobs can pay upwards of $165 an hour!! Doesn’t that just make your heart soar?!

These are only three examples of how small businesses can make very big impacts. As you celebrate this 4th of July, I would take a moment to think about what it means to be an American today. Who we are as a nation should not be reduced to political party lines, religious affiliations or whether you wear a mask or don’t wear a mask. Let us do what we Americans do best and let’s celebrate the spectacular men and women who are desperately working to better their surrounding communities. YOU have the power to be more patient, choose kind, and shop small! And would you so this one thing for me? Head over to your local bakery and pick up a good ole apple pie. It will absolutely make their day and I bet it will make yours too.